Most Electric Vehicle Companies Will Fail – If History Is An Indicator 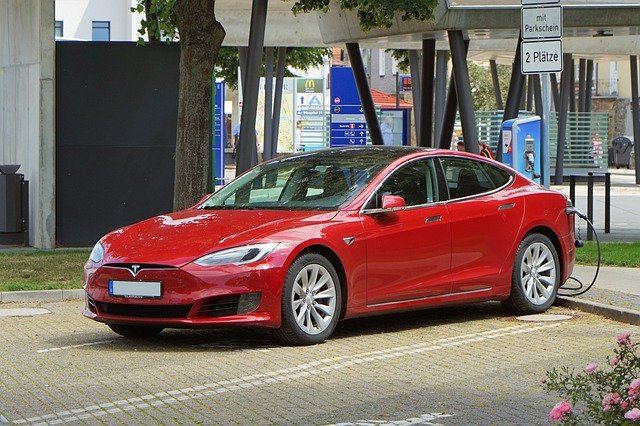 If history is a guide, most electric vehicle (EV) startups will go bankrupt, according to Ark Invest founder, CEO and CIO Cathie Wood. Granted, since the March 2020 stock market lows, there has been a lot of excitement about the EV revolution. Electric vehicle companies, including a number of promising startups, have been the talk of the investment world. Yet in the midst of this fervor, Cathie offers a discerning voice trying to temper everyone’s enthusiasm. Even though there are many EV companies out there, only a few will actually dominate the industry in the future. This means, inevitably, that the majority of EV companies will likely fail in the coming decade.

COULD MOST ELECTRIC VEHICLE (EV) STARTUPS GO BANKRUPT?
Outside of China, the number of EV companies going public is mounting and, if automotive history is any guide, we believe most will disappear in one way or another. As gas-powered cars commercialized in the early 1900s, for example, roughly 485 companies entered the business. By 1930 fewer than 50 survived and just three accounted for 80% of auto output. Likewise, in China, more than 500 EV companies had registered by 2019 but only a handful were able to raise additional funds last year to produce one vehicle or to scale manufacturing. Now it appears EV startups are proliferating outside of China. Again, if history is any guide, most of them will fail to reach scale.

Ultra Bullish On EVs Potential To Disrupt The Auto Industry

So is Cathie Wood an EV bear? Far from it. She is one of the biggest advocates of the EV revolution, championing the electric vehicles as a technology set to disrupt the automotive industry. In ARK’s Big Ideas 2021 report, Cathie and her team assert…

In response to the 28% cost decline in lithium-ion batteries for every cumulative doubling in units produced globally, prices will continue to fall, “turbocharging” electric vehicle (EV) sales. According to our research, EV sales will scale 20-fold globally during the next five years, from an estimated 2 million and ~2.5% of the market this year to 40 million and ~45% in 2025. If we are right, the good news is that EVs will generate exponential growth in the auto market for the first time in 100 years.

Furthermore, Tesla is one of the largest holdings with her asset-management company. In fact, as of February 2021, Tesla made up over 9% of total holdings in the ARK Innovation ETF, making it ARK’s largest investment.

So why does Cathie and her team at ARK Invest have such a bearish thesis on EV startups?

In order to understand what is about to happen over the next decade, we need to rewind a century and look at what happened when the automobile revolution was in its infancy.

Fast forward to today (February 2021), and there is also a long list of companies – this time vying for a share of the electric vehicle market. The following is just a shortlist of competitors in the EV market… 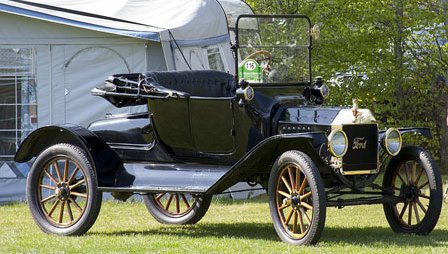 To put the past automobile revolution into context with today’s EV revolution, the rollout of the Model T can be compared to the release of the Tesla Model 3. In both epochs, the number of competitors vying a share of the market was reaching its pinnacle. But standing out from the crowd, Ford’s Model T was especially impressive with its innovative design and moderate price – similar to Tesla’s Model 3. And although neither the Model T nor Model 3 was affordable to everyone, they both showed the general populace (in their respective era), that the new technology had bright future ahead.

So Cathie Wood foresees the same thing happening again. Like the original automobile revolution, this time around there will be a handful successful, ultra profitable winners in a consolidated EV industry. And a lot of losers that will simply be relegated to a footnote of the past. 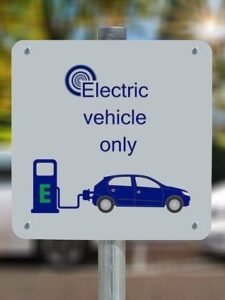 With such a large number of EV companies introducing new models of electric vehicles, how do you pick the handful of winners from the large number of losers? One rule of thumb of separating the wheat from the chaff – for disruptive technologies like EVs – is to choose the companies that have first-mover advantage. According to Clayton Christensen, Harvard Business School professor and author of The Innovator’s Dilemma, companies that get an early lead developing disruptive technologies, often sustain this lead against incumbents. And if history any indication (with respect to disruptive technologies), a few legacy automakers will successfully make the transition, but many more will get left in the dust.

Winners (auto companies focused solely on EVs)
Rivian – a Michigan-based automaker developing electric SUVs and pickup trucks. According to Bloomberg, the company plans to have an IPO as early as September 2021, though it could be pushed to later in the year or in 2022.