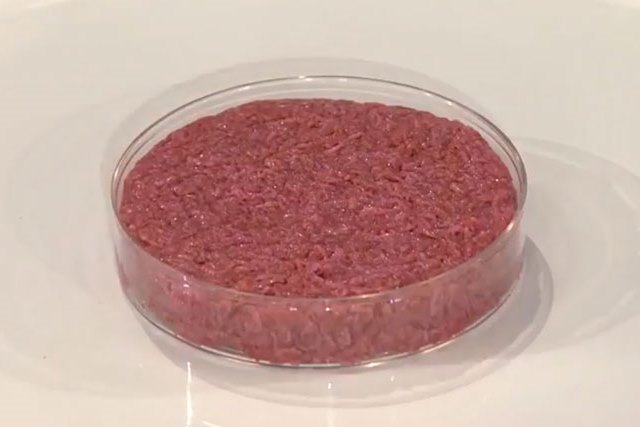 Lab-cultured meat – a.k.a. clean or cultivated meat – has the potential to disrupt factory farming and replace industrial meat production. Though the concept seems a little strange – somewhat science fiction – its becoming increasingly feasible. Just like your phone doesn’t require a cord and a camera doesn’t require analog film, meat no longer requires live animals. Thanks to rapid advances in tissue engineering developed in regenerative medicine, the production of cultured meat at an industrial scale is now within our grasp. So will this be the death knell for factory farming and industrial meat production?

One strong advocate for the adoption of cultured meat is Bruce Friedrich, co-founder and executive director of The Good Food Institute (GFI). Bruce believes that the meat industry is in dire need of innovation. Not only are farm animals terribly inefficient at turning crops into calories of consumable animal flesh, but factory farmed meats are devastating to the environment, have adverse effects on human health, and are categorically inhumane due to the suffering it inflicts on animals. Bruce Friedrich believes that we can divorce meat from the inefficiencies and harms associated with the use of live animals. Combine all the benefits of cultured meat (it is more efficient, cheaper, cleaner, safer, more sustainable, and more ethical), and Bruce believes it is destined to disrupt traditional meat production. With the adoption of cultured meat, we can eliminate the ill-effects on human health and the environment, and simultaneously address global malnutrition and the unnecessary suffering of animals. 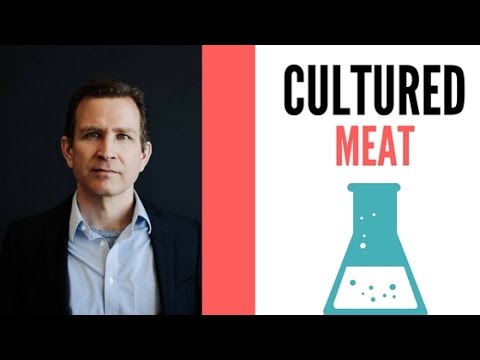 Bruce Friedrich – co-founder and executive director of The Good Food Institute (GFI), an international nonprofit that is fostering a sustainable, healthy and just agricultural system through food innovation.

What is Cultured Meat (a.k.a. Cultivated or Clean Meat)?

Cultured meat, according to Wikipedia, is meat produced by in vitro cell culture of animal cells, instead of from slaughtered animals. It is a form of cellular agriculture. Cultured meat is produced using many of the same tissue engineering techniques traditionally used in regenerative medicine. So you are essentially mimicking the natural process happening within the animal, but outside of the animal.

Now that we know how tissues regenerate themselves, its possible to take cells from an animal and then grow them in a culture – in the equivalent of a meat brewery. Cultured meat is produced in what’s basically a fermenter. After taking cells from the animal, you essentially immortalize them. You allow them to start growing continuously in a nutrient probe. From that bioreactor you get a mass of muscle cells and fat cells that incorporates the same nutritional profile as the meat we know today. And by tweaking the production process, you’ll have the flexibility to retain the taste characteristics of conventional meat as well.

Lab-cultured meat is much more efficient than traditional meat production – both in terms of calorie inputs and time to produce.

Energy Input
Right now we grow meat by feeding animals in a vastly inefficient system. You need to put nine calories into a chicken just to get one calorie of food (and chicken is the most efficient farm animal at turning crops into meat). On the other end of the spectrum, you need to put twenty-five calories into a cow, just to get one calorie of consumable meat. The vast majority of the calories, the animals expend simply existing/living. Some of it goes into bone or blood or other things that people don’t eat, and a very small fraction of it is actually turned into animal flesh.

With cultured meat, you take actual animal cells and you feed them sugars, which only takes three calories in to get one calorie out in the form of meat. So the meat is at least three times more efficient than chicken, which is the most efficient animal based meat. What this means is that traditional meat production utilizes much more land and much more water than is needed to produce an equivalent amount of cultured meat.

Time
It takes about six weeks to grow a chicken to full slaughter weight. It takes six months for a pig, and even longer for all of the other mammals like goats, sheep and cattle. With lab-cultured, cultivated meat, the exact same growth can be accomplished in as little as six days. Plus, according to Bruce Friedrich, processing facilities will be local and ubiquitous. So you’ll literally be able to buy meat supplied by your neighborhood “meat brewery”, instead of meat from a long and inefficient supply chain.

Due to the inefficiencies of factory farmed meat, it’s bad for the global poor and contributes to global malnutrition. Globally, the vast majority of the crops that we grow are fed not to human beings, but to farm animals. This drives up the price of grains and legumes and it leads to a fact wherein 800 million people are malnourished globally right now. But Bruce Friedrich believes that cultured meat can change this. It has the capability of providing secure and unconditional access to high quality nutrition for anyone anytime anywhere. Cultured meat is a far more efficient way of providing high quality protein without driving up the price of grains, legumes and feed crops – an excellent means to curb global malnutrition.

Reduce Stress On the Environment

The United Nations crunched all of the numbers and they determined that whatever environmental issue you want to talk about from the smallest and most local to the largest and most global, industrial animal agriculture is one of the top three causes of: 1. water use and water pollution (extra extra pesticide and herbicide use), 2. soil desertification, 3: habitat and species loss (loss of forests and grasslands), and 4: climate change. According to Bruce Friedrich, chickens – the least climate change inducing animal – cause forty times as much climate change per calorie of protein when compared to legumes like peas and soy and chickpeas. Forty times as much!

The simple fact is, traditional meat production is bad for the environment. So we really need to fundamentally change the way we produce our food if we want to preserve global health and continue and thrive as a species on Earth.

Since clean, cultivated meat is produced in a culture, it doesn’t have any Salmonella or Campylobacter or other potentially lethal bacteria. Just this fact alone means cultured meat is safer and better for human health. But that’s not even the biggest health benefit. More importantly, cultured meat production doesn’t utilize antibiotics. Factory farmed meat, on the other hand, is full of antibiotic residues, which has dire consequences for the long-term health of humans.

If you get sick or you get an infection a doctor might put you on a course of antibiotics for maybe five to ten days. But farm animals are fed antibiotics for their entire lives. This means that about 70% of all antibiotics produced globally are not given to sick humans, but given to to healthy farm animals in order to make them grow more quickly and to allow them to live through the conditions of industrial animal agriculture.

What this means is that bacteria are figuring out how to get around the antibiotics. They’re becoming super bugs and when you get sick, antibiotics may no longer be effective in treating common bacterial infections. In other words, the world is heading toward a post-antibiotic era in which common infections will once again kill. So if we don’t adopt cultured meat, and continue down the path of traditional meat production, these antibiotic resistant bacteria could spell the end of modern medicine as we know it.

One additional benefit of cultured meat is it offers an ethical alternative to industrial meat production. Most meat eaters don’t even want to think about what’s happening at factory farms or in modern slaughterhouses. The meat industry itself is passing laws to make it illegal to photograph out and tell people what’s happening at these facilities.

Bruce Friedrich believes that when people have the option of choosing something that is completely transparent like cultured meat, versus something that is so obfuscated that they’re passing laws to make it illegal to find out about it, that consumers will choose the former. And this will end the unnecessary suffering of so many farm animals that are living and dying in horrific conditions.

Investing For A Future Of Cultured Meat Production

Cultured meat offers exciting opportunities for companies and individuals that invest in the nascent industry. In time, consumers all around the world will begin to understand that they can enjoy the same taste characteristics and same nutritional profile as conventional meat, but at a fraction of the cost. Add to this the peace of mind that cultivated meat is cleaner, safer, more sustainable, more ethical, and helps curb world hunger, and there’s a real possibility that cultured meat is destined to disrupt today’s industrial meat production.

And even without being disruptive, even if it only captures a piece of the overall meat industry, there is still incredible upside for cultured meat investments. According to BIS Research, the cultured meat market is estimated to reach $94.54 billion by 2030. And according to Research and Markets Meat Products Global Market Report 2021, the global meat products market is expected to reach $1.157 trillion by 2025. All this means is, if cultured meat gains a foothold with consumers, returns for those early to the game – for both companies and investors – have the potential to be truly breathtaking.

So where are the current opportunities in cultured meat? What are some of the first mover companies in the cultivated meat space?

Currently there is a multitude of startups entering the market for cultured meat and seafood. A few of the most notable names are listed below…

BlueNalu – a global leader in cell-cultured seafood, providing consumers with great tasting, healthy, safe, and trusted products that support the sustainability and diversity of our oceans. Based in San Diego, California.

Meatable – a Netherlands-based food startup that aims to deliver, at scale, cultivated meat that looks like, tastes like, and has the nutritional profile of traditional meat.

SuperMeat – an Israeli-based startup working to develop a “meal-ready” chicken cultured meat created through the use of cell culture.

New Age Meats – a California-based startup that grows real meat from the cells of unharmed animals, before adding plants for texture, taste, and health.

Shiok Meats – a Singapore-based clean meat and seafood company employing cellular agriculture to produce meat from healthy cells instead of animals. Currently they are producing cell-based shrimp, crab, and lobster.

Public Companies Poised To Benefit From Advances In Cultured Meat

While there are no pure play companies focused solely on the development of cultured meat (as of June 2021), there are a few interesting companies that will give you exposure to the burgeoning industry. These include…

These ideas are for members only. Please sign in if you are already a member. If you are new, join us and get instant access to our exclusive investment ideas. Registration is free! 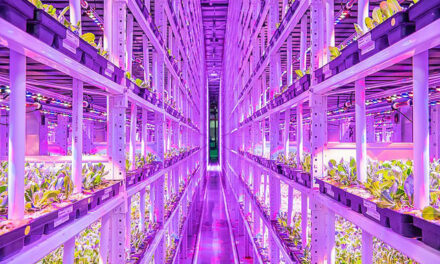 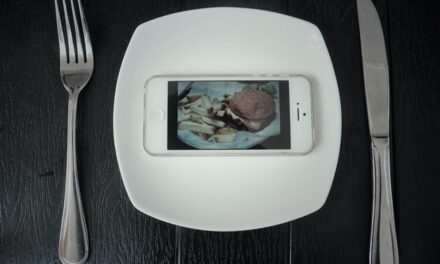 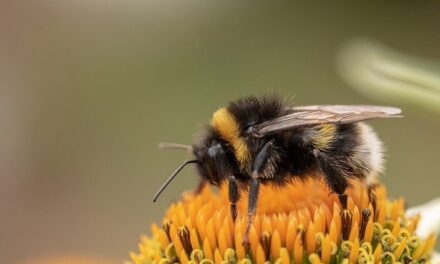 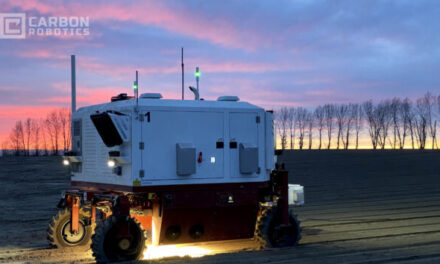