The 20 Fastest Growing Jobs In The Next Decade 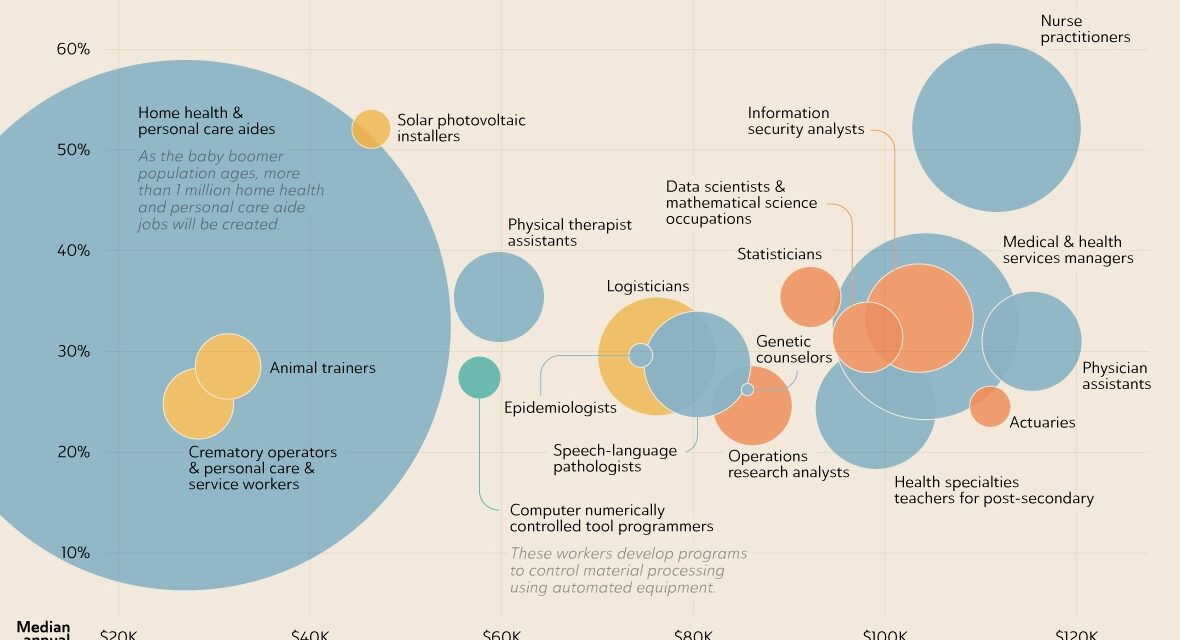 The employment landscape is constantly shifting. While agricultural jobs played a big role in the 19th century, a large portion of U.S. jobs today are in administration, sales, or transportation. So how can job seekers identify the fastest growing jobs of the future?

The U.S. Bureau of Labor Statistics (BLS) projects there will be 11.9 million new jobs created from 2020 to 2030, an overall growth rate of 7.7%. However, some jobs have a growth rate that far exceeds this level. In this graphic, we use BLS data to show the fastest growing jobs—and fastest declining jobs—and how much they each pay. 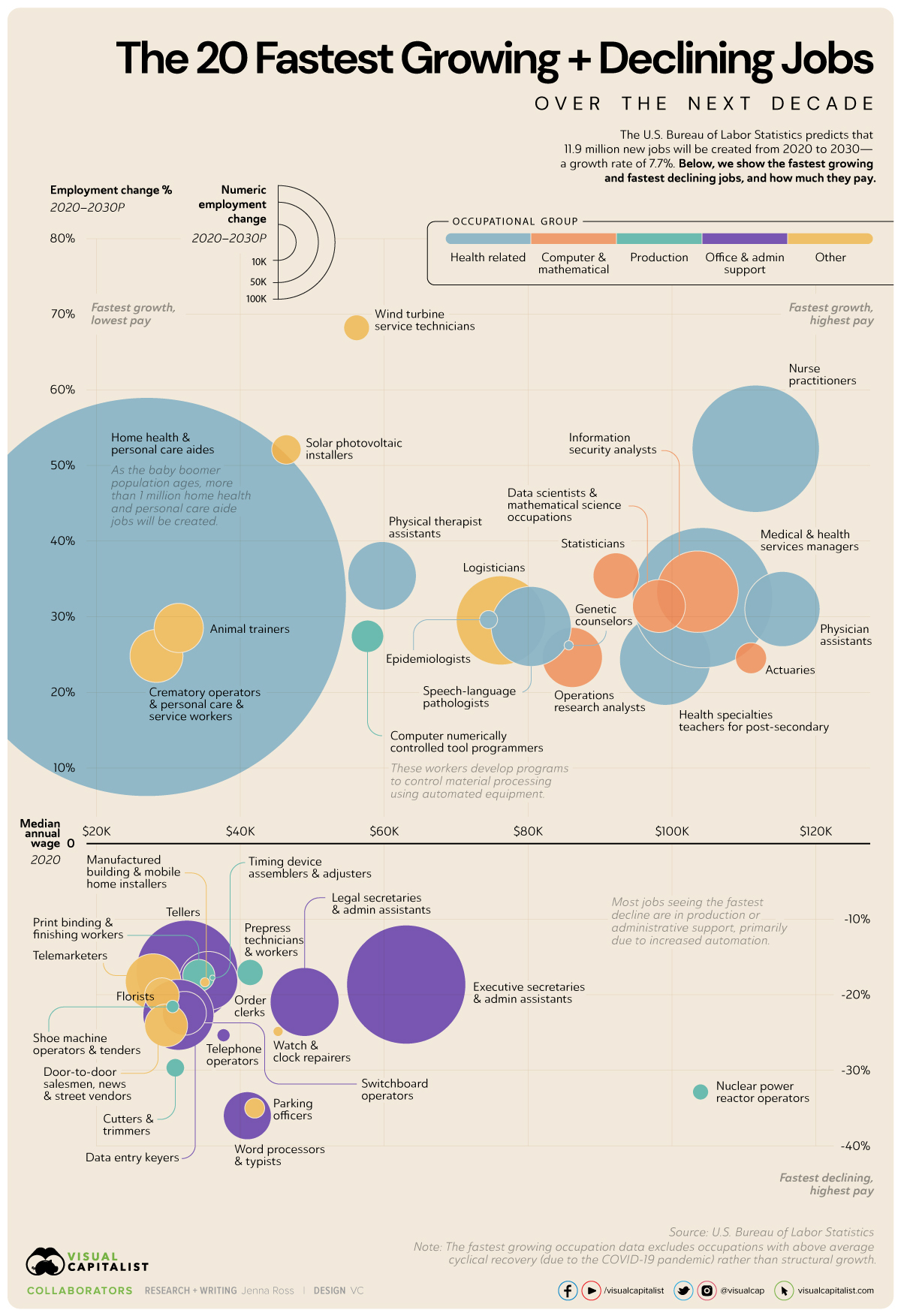 We used the dataset that excludes occupations with above average cyclical recovery from the COVID-19 pandemic. For example, jobs such as motion picture projectionists, ticket takers, and restaurant cooks were removed. Once these exclusions were made, the resulting list reflects long-term structural growth.

Here are the fastest growing jobs from 2020 to 2030, along with the number of jobs that will be created and the median pay for the position. 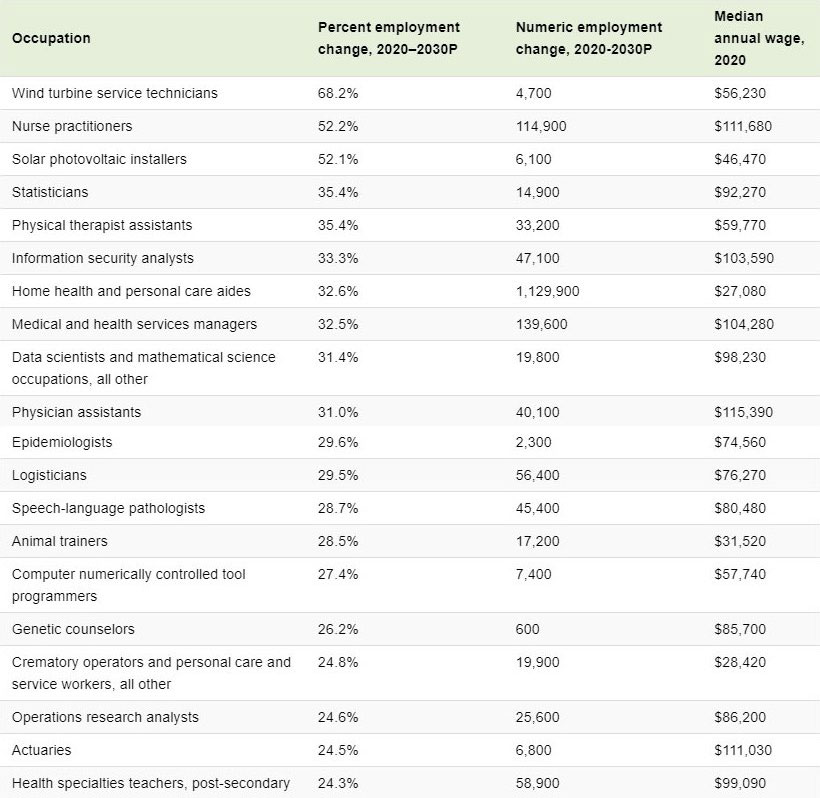 Wind turbine service technicians have the fastest growth rate, with solar photovoltaic (solar panel) installers taking the third slot. The rapid growth is driven by demand for renewable energy. However, because these are relatively small occupations, the two roles will account for about 11,000 new jobs collectively.

Nine of the top 20 fastest growing jobs are in healthcare or related fields, as the baby boomer population ages and chronic conditions are on the rise. Home health and personal care aides, who assist with routine healthcare tasks such as bathing and feeding, will account for over one million new jobs in the next decade. This will be almost 10% of all new jobs created between 2020 and 2030. Unfortunately, these workers are the lowest paid on the list.

Computer and math-related jobs are also expected to see high growth. The BLS expects strong demand for IT security and software development, partly because of the increase in people that are working from home.

Structural changes in the economy will cause some jobs to decline quite quickly. Here are the top 20 jobs where employment is expected to decline the fastest over the next decade. 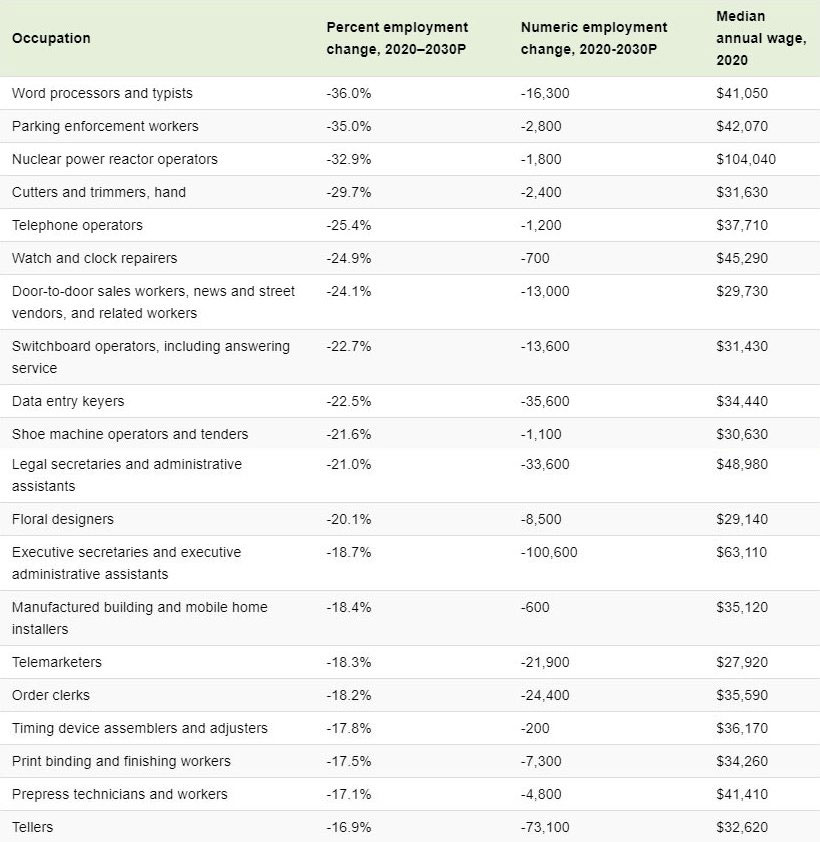 Eight of the top 20 declining jobs are in office and administrative support. This could be cause for concern, given this category currently makes up almost 13% of employment in the U.S.—the largest of any major category. Jobs involved in the production of goods and services, as well as sales jobs, are also seeing declines.

In all cases, automation is likely the biggest culprit. For example, software that automatically converts audio to text will reduce the need for typists.

While the fastest declining jobs typically fall within the lower salary range, there is one outlier. Nuclear power reactor operators, who earn a salary of over $100,000, will see employment decline at a steep rate of -33%. No new nuclear plants have opened since the 1990s, and nuclear power faces steep competition from renewable energy sources.

As the composition of employment shifts, it eliminates some jobs and creates others. For instance, while production jobs are declining, new opportunities exist for “computer numerically controlled tool programmers.” These workers develop programs to control the automated equipment that processes materials.

However, while many of the fastest growing jobs are higher paying, they typically also require advanced education.

Seventeen of the top 20 fastest growing jobs have a median salary higher than $41,950, which is the median salary for all jobs in total. Most also require post-secondary schooling. These opportunities are replacing jobs that only required a high school diploma.

With tuition costs soaring relative to inflation, this could create challenges for displaced workers or young people entering the workforce. 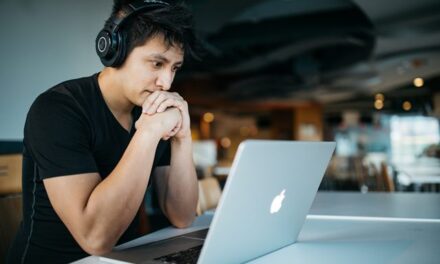 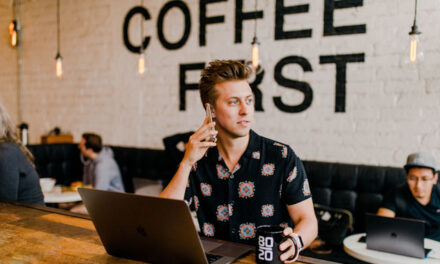 Moving Towards An Employee-Free Society